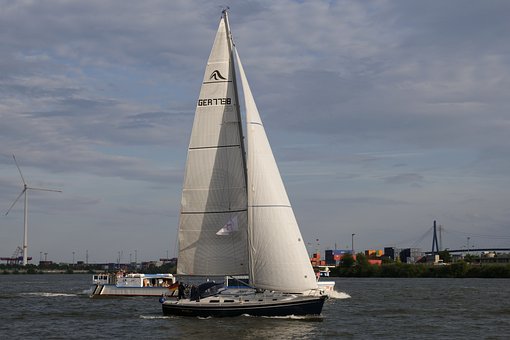 Some will argue life at sea was simpler back before regulations were established by the IMO, US Coast Guard and ABS. Many of the ships were Australian Flags. Today you’ll find seafarers prefer American flagships; the pay is better, and they are unionized. “There’s far more paperwork now,” says Third Mate Mike Loesch. “Instead of doing just the noon report, you’re now doing three reports a day.”

In 1875, nine Houses of Refuge were built along the Florida coast; between Miami and Jacksonville; every 25 miles. Every Refuge House was commissioned by the United States Life-Saving Service. They had a keeper whose only job was to keep the home, keep it supplied of food, clothing, and walk the beaches after the storms. When they came across a shipwrecked sailor they gave him”refuge” in their house. The men must stay for a week or two. Some got back on boats heading north. A lookout tower was constructed and used to watch for enemy submarines in World War II. Over the years they’ve been operated by the US Coast Guard and the Navy. Today only 1 house remains in Martin County on Gilbert’s Bar. In 1976 it was listed in the National Register of Historic Places.

This year the IMO’s theme for International Seafarer Day is well-being. Since this is a massive topic I thought I’d stay the course. And, enlist the support of a couple seafarers. Tour duties last anywhere from 75 days to six months on board a ship. Captain Tod is busy getting the morning report out before breakfast. Third Mate Mike attends to his security inspections or maintenance if the chief mate needs it done. After lunch he relieves another third partner and stands watch until dinner. The conclusion of his 12-hour day and another sunset. If the ship is docked, instead of standing watch on the bridge he would be in the cargo control room monitoring the cargo operations. Also making rounds on deck and assessing the lines. 1 thing you do not need is the ship to slip away from the dock.

Hot and cold meals are provided three times per day. Breakfast is your standard fare. Lunch and dinner offers a variety of fish, meat and a salad bar. If anyone has a food allergy, like I do, you will need to let the Captain know when you board the boat. In accordance with Civilian Mariner Wendy, I’d starve on the navy’s ship. Their food is mostly deep-fried foods with a salad bar and overcooked veggies. I find this ironic because she’s on a logistics ship.

Must be inspection day today. Everyone’s stressed. Not certain why. To me a review is a fantastic thing. If they find something wrong on the boat it has reported, then fixed. Right? Well, not necessarily correct. Usually from firsthand experience years earlier when they crewed. Surely not how things are done now or what you were told to do. Regulations are changing all of the time, and everyone is expected to adapt. However, resources are not always made available.

Woohoo! After countless sunsets of reds, gray and pink, land is finally in sight. The ship is heading into port where its team members get to go onshore for a mental health break. The only question – is it full of safety checkpoints or can you walk right off the boat and be in the middle of everything? Some guys like to get away or have a rest. The ones that come in on a Foreign flagship usually visit Walmart before going out again. Poor Wendy, that is when she gets the busiest. She arranges travel for any of her team members which are leaving the boat for holiday. They don’t get to leave the boat until their replacement gets onboard. Mike and Captain Tod don’t always go ashore either. They have this philosophy work is work. I don’t always agree. Sometimes it’s good to get off the ship for a change of scenery. Even if only for a few hours. That would be a great help. Just like in corporate, the team is asked to do more with less people. According to Mike, the distinction is that the office building isn’t going to run into something.

If you have read any of my things, you’ll know security is a mega concern. Crowley Maritime puts it high on their list as well. Every meeting begins with a security and cultural moment which includes wellness and behavior. They realize to be a high performing company they have to support their workers work life balance and health. Their trainings vary depending on the ship. Its operations. The seafarers and shore-

side personnel. Each petroleum ship has magnetic signs throughout the boat. “We don’t need to be reactive,” says David DeCamp, Sr Communicator, Strategist for Crowley Maritime. “We’re thinking prevention and avoiding incidents as far as possible.” Just remember, when you’re on the boat, it’s one hand for the ship and one hand for you. Keep your balance and stay safe.

Back riding the waves, the team appears happy. Many sunrises and sunsets later end of tour obligation is fast approaching. I begin to wonder what signs to watch for that people are prepared to get off the boat. Oye! How do they handle the stress? After all, my stints on recreational boats are a lot briefer and less crew. So, I asked around.

“When the guys get silent,” says Mike. “If you’re standing watch with them and for four hours they do not say one word when normally you’d be having a fantastic conversation. You then’ll see them start fouling things up a lot. Some guys will just explode, or they’ll do something – either conscientiously or subconscientiously – where it is jeopardizing their job.”

Wendy says you’ll hear of someone who starts giving things away. Saying goodbye to other people on the boat or just seems despondent. These are usually signs of suicide, she says. Notably, amongst the younger crew members.

When it comes time to destress, hit the gym onboard the ship or do some form of exercise. Talk to your peers and find some alone time. Regular contact with your family is also important. Particularly if you’re married. It helps ease their stress also. If email is not readily available, write those emails , then once in port send them out all at once. Guaranteed the receiver will be awaiting them. “Remember it is important to take care of yourself,” says Captain Tod. “Not just mentally but physically. Sometimes you have-to consume that pastry at 3:00am or beverage that thick coffee. Working long hours adds additional stress to your body both physically and mentally.”

Ultimately, it is important to enjoy your time off. Somebody else is doing your job on the ship for another 75 days or however long your tour of duty is. Recharge. Then get ready to get back out there for all those long hitches just like Wildlife Removal Round Rock.