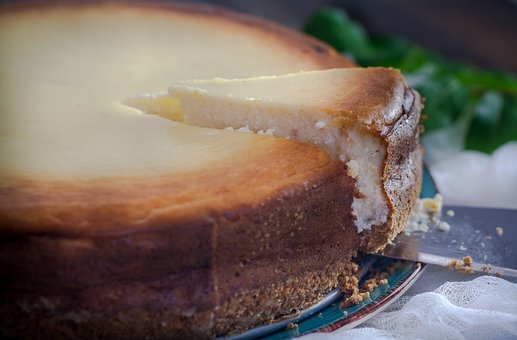 You know, Americans go crazy for the cheesecake. They have different variants of the popular cake, but the desserts that have the cheese among the key ingredients are definitely not an invention made in the US since actually they have their roots in the oldest traditional Italian cuisine.

Yeah, once again the Italians have been in first place. The Italian culinary heritage has dozens of old dessert recipes made with cheese and over 200 recipes of sweet cakes with cheese are known.

In Emilia-Romagna, especially in the province of Parma, there’s a delicious ricotta cheese cake, sweet and light, covered with a delicious layer of dark chocolate.

In Abruzzo different desserts long for supremacy: from the regional pizza with ricotta and cream to the Easter”pizza” with cheese, fruit and eggs.

In Campania we cannot fail to mention that the famous Neapolitan pastiera, a pastry filled with sweet ricotta and cooked wheat. According to an ancient legend, after some fishermen’s wives left a baskets with ricotta, candied fruit, wheat, eggs and orange flowers on a shore as offerings for the sea, so that their husbands could have a safe journey and would return home soon. In the morning they returned to the beach to welcome their husbands and noticed that during the night the waves had blended the ingredients and created a cake: the pastiera. Certainly this cake accompanied the ancient pagan festivals to celebrate the return of Spring. And if the pastiera is typical of Easter, at Carnival times the migliaccio appears on the tables of the area, a traditional cake made with semolina, ricotta, eggs, milk, sugar, salt, diced candied orange, cinnamon, vanilla and orange taste, first cooked over a fire and then baked in the oven.

An exception is made for its tiramisù, famous throughout Italy and the world. Each Italian area has its own variant of tiramisù. For example, if you happen to be in Rome you need to try the famous tiramisù by Pompi, a neighborhood old who makes a delicious tiramisù, including some imaginative variations, advocated with the guidebooks of Rome.

But in the business of cheese cakes that the winners are the two major islands of Italy, Sardinia and Sicily, in which the typical sweets made with cheese become numerous. The Sicilian cassata is absolutely amazing: for the uninitiated, it’s a standard cake made with ricotta cheese, enriched with chocolate chips, covered with icing sugar and garnished with candied fruit. In actuality, the Arabs introduced the sugar cane, lemon, lime, bitter orange, tangerine and almond divine in Sicily. And the ricotta has being produced in Sicily since prehistoric times.

The Sardinians have proved to be true magicians pastry. As a matter of fact, in the island you can choose among an endless selection of soft or crunchy sweets made with traditional cheeses. Just to name a few, the cassateddi and the pardulas, the former with a half moon shape and a center of ricotta, the latter round-shaped and stuffed with a pecorino cream. But in Sardinia you can’t miss the sebadas, fried pastries made of durum wheat flour and stuffed with sweet cheese, flavored with lemon peel or orange or the distinctive sweet ravioli stuffed with fresh goat cheese, eggs, sugar and lemon, a real treat that conveys historical sacred festivals.